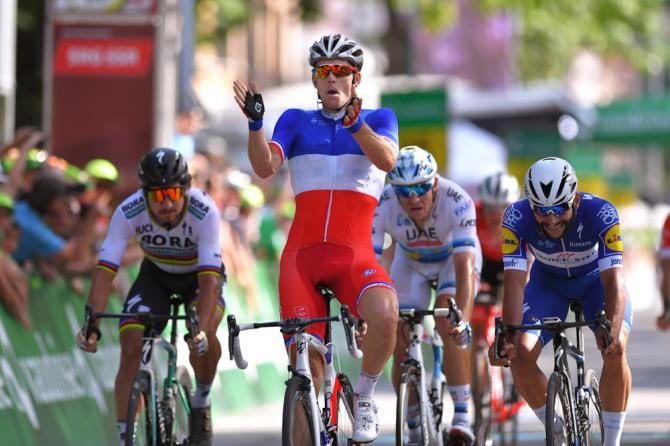 In his second win of 2018, Demare left it late before turning up the tempo to overtake and beat Fernando Gaviria (Quick-Step Floors), who came second while Alexander Kristoff (UAE Team Emirates) was third.

Three-time world champion Peter Sagan  got slightly boxed in and was fourth.

With three weeks to go before a Tour de France where there should be at least eight bunch sprints, Demare’s win over other top sprinters gave fans a taster for the green jersey sprint points fight starting July 7.

The sprint teams were merciless on Saturday hunting down an escape group with 6km to go and setting up a high tempo finale to a short 123km stage raced in fine conditions.