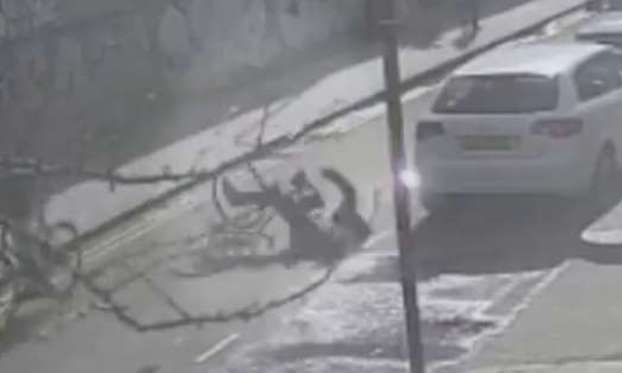 This is the shocking moment a cyclist was left fighting for life after being kicked off his bike in east London.

The 30-year-old victim was cycling in the Hackney Wick area when another cyclist rode up alongside him and kicked him, causing him to collide with a parked car. He was rushed by ambulance to an east London hospital, where he remains in critical condition more than a week after the attack.

The suspect, described as a white male in his 20s or 30s, cycled away from the scene in the direction of Berkshire Road, police said.

A spokesman added: “Officers also want to hear from anyone who may have been threatened or assaulted by this suspect in and around Hackney.”