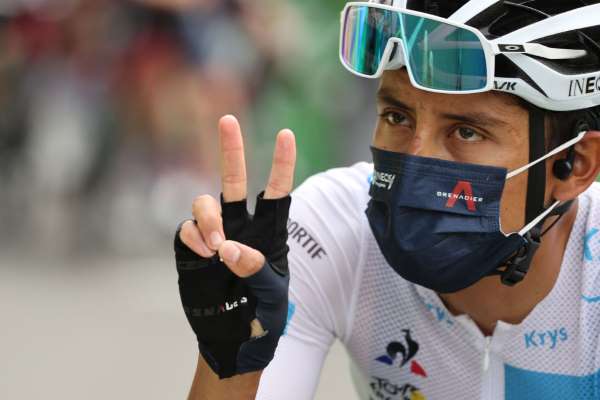 (Reuters) – Tour de France organisers have performed a U-turn to remove the danger of expulsion for tour teams who had been on a knife edge after positive COVID-19 tests on Thursday.

Another test for Ineos-Grenadiers, AG2R-La Mondiale, Mitchelton-Scott or Cofidis will not mean that they will be ejected from the race if they have another one in the next round of tests.

The rules state that should two members of a team test positive for coronavirus within a seven-day period, the whole outfit will be excluded from the race.

Organisers, in consultation with the French government, have decided, however, that the counters would be reset for the next round of tests on Sept. 13-14.

The news comes one day after race interim director Francois Lemarchand said that “teams who had received one positive test would be excluded if there was another from the next battery of tests, after consultation with the International Cycling Union and French health authorities.”

That changed on Thursday.

“We are resetting the counters for the next round of tests. However, if before those tests one of the four teams has another positive then they will be out,” one of the sources told Reuters.

Half of each team was tested last Sunday and the other half last Monday. They will be tested again next Sunday and Monday in the same way.

This meant that before the reset decision, if any of the positive tests were from last Monday then the team would have been out of the race should they have another positive test on Sunday.

Primoz Roglic (Jumbo-Visma) leads the Tour with a 21-second advantage over defending champion Egan Bernal of Ineos-Grenadiers, with Cofidis rider Guillaume Martin of France in third place, 28 seconds off the pace.

Should one of the four teams concerned have a member showing symptoms of coronavirus, or test positive, before the next round of tests performed by organisers, they will be kicked out of the race.

Tests before the next round, however, would be performed by the teams themselves and are not mandatory.