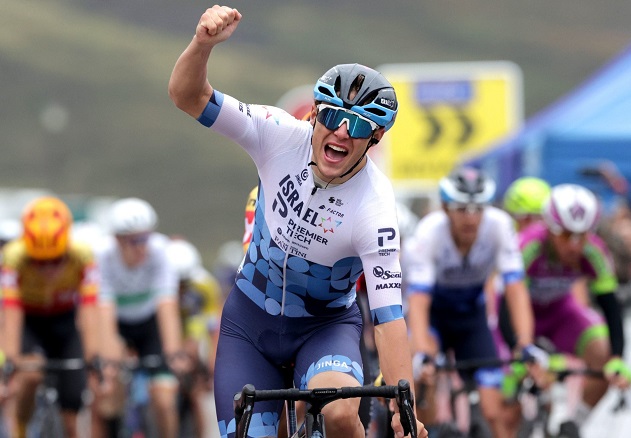 Corbin Strong claimed the biggest road victory of his career to date on Sunday as he claimed the opening stage of the Tour of Britain atop Glenshee Ski Centre in Aberdeenshire.

The Kiwi timed his sprint to perfection to pip Omar Fraile (INEOS Grenadiers) to the win at the end of a stage raced out during inclement weather throughout.

Strong, who becomes the first rider to don the red leader’s jersey, said: “I’ve been wanting to win at this level on the road for a long time. I always believed I could but it hasn’t been smooth sailing, so to get it is a massive relief, really just to prove to myself and prove to my team that I can race at this level.

“I always really enjoy racing in the rain actually. I come from Invercargill in New Zealand, right down the bottom and it’s very similar to Scotland actually – it felt like home racing in conditions like this, and really suited me well.”

Strong added: “The break looked like they could have gone all the way but then the team, and Alex Dowsett in particular, did an awesome job in the closing few kilometres.”