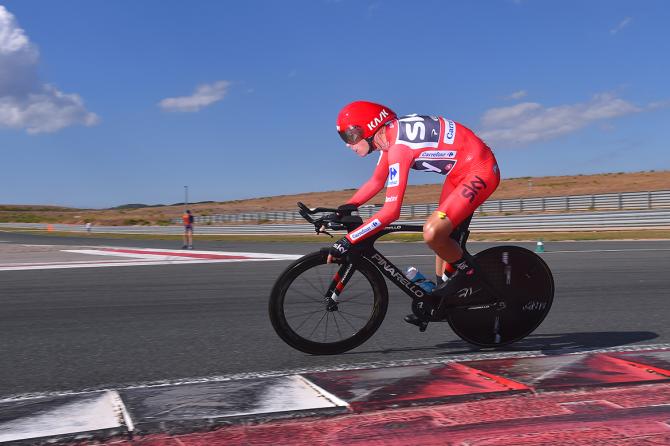 Chris Froome claimed his second stage win of the 2017 Vuelta a Espana to extend his overall race lead on Vincenzo Nibali to 1min 58sec with victory in the individual time trial on Tuesday.

Froome beat out Wilco Kelderman and Nibali in a time of 47mins for the 40.2km 16th stage from the Navarra motor racing circuit to Logrono.

The Briton, who is aiming to become only the third rider in history to win the Tour de France and Vuelta in the same year, now has just four competitive stages to defend his lead before Sunday’s traditional parade around Madrid.

However, Nibali’s impressive showing in finishing just 57 seconds behind his rival for the leader’s red jersey on the day maintained his hopes of a second Vuelta win with a series of strenuous climbs, including Saturday’s queen stage up the Alto de L’Angliru, still to come.

Kelderman’s second place moved the Dutchman ahead of Ilnur Zakarin into third overall.