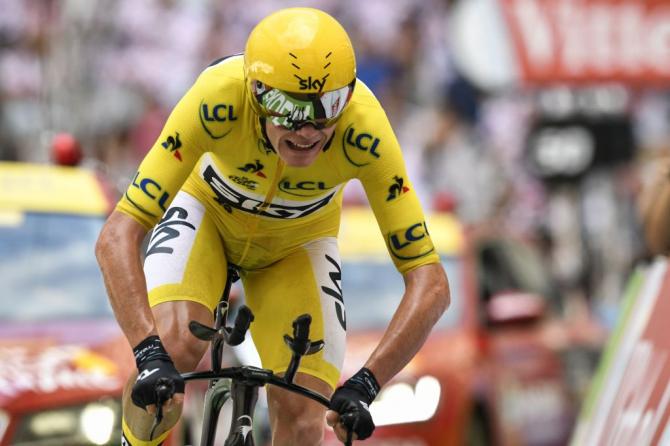 Chris Froome sealed a third consecutive Tour de France triumph and his fourth overall when he beat his yellow jersey rivals in the penultimate-day time trial won by Maciej Bodnar on Saturday.

The Team Sky rider was the third quickest of the 167 riders to tackle the 22.5-km course that started and finished in the Velodrome stadium, extending his lead to 54 seconds going into Sunday’s 21st stage, largely a processional ride to Paris.

After surviving this week’s Alpine stages Froome arrived in the historic French port with a slender 23-second lead over Romain Bardet but with perfect weather conditions there were no scares as he produced a scorching ride to finish only six seconds behind Bodnar.

Bardet was roared on by huge crowds on a course that looped around the Vieux Port but he struggled terribly on the steep hill towards the Basilica Notre-Dame and was almost caught by a charging Froome despite the Briton starting two minutes later.

Bardet was only 52nd quickest in the time trial but remained one second ahead of Mikel Landa in third place in the overall standings. Rigoberto Uran hit a barrier but moved above Bardet into second place.