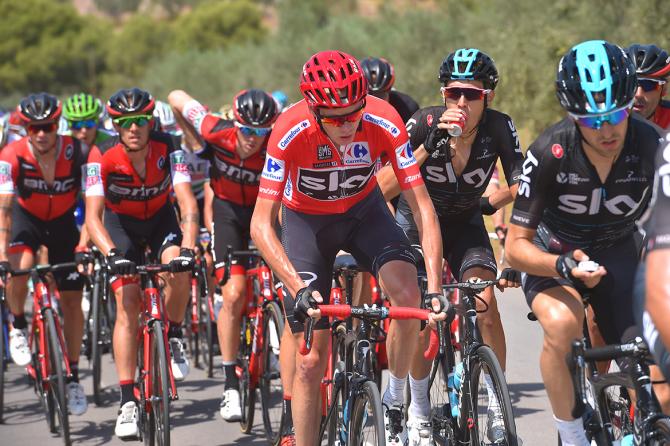 Chris Froome extended his overall lead at La Vuelta a Espana with an expertly-timed attack in the final kilometre of stage 18.

Froome was part of an elite group distanced by breakaway stage winner Sander Armée (Lotto-Soudal) which battled across a stage full of tricky climbs and descents, before the Team Sky leader picked his moment to strike on the final ascent.

“We saw a lot of people expend a lot of energy there today, there were attacks on the penultimate climbs from everyone, all the main GC guys.

“It was only Aru who slipped away, he’s not a threat for us, he’s over five or six minutes away on general classification.

“Once we got into the final and got into the last climb our guys set a really high temp at the bottom and I was feeling a lot better today so it was great to gain a little bit of time that I lost yesterday.

“I think certainly some guys paid for their efforts yesterday and also for their attacks earlier on.”