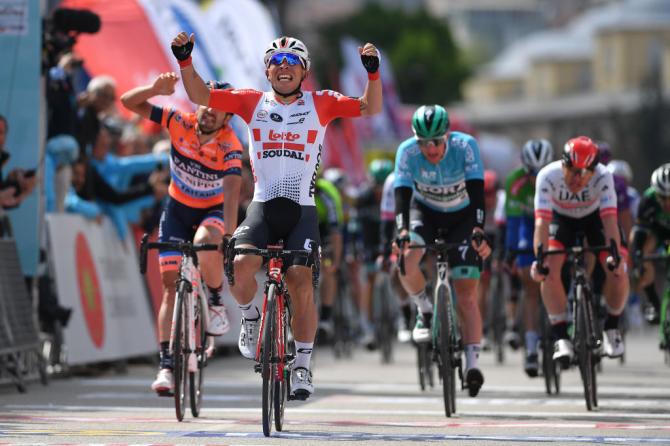 Caleb Ewan (Lotto Soudal) claimed stage four of the  Tour of Turkey on Friday in a tight sprint finish to claim his first victory in the race.

“My team’s done a really great job all week and we’ve committed every day to go for the win and I haven’t rewarded them with the win, but I’m happy today to get that one. It was a super tough finish. I can’t remember the last time that I went that deep to win a race,” said Ewan.

“To be honest, I was on the wheel [of Bennett] and I was already 100 per cent. I was waiting for him to go and he popped a little bit, and I knew that I had to go straight away to catch the guy in front and get the win. Luckily I had enough to do that last sprint.”

Stage five on Saturday from the Aegean Bursa province to its Kartepe town will see the tour’s first mountainous stage with a 1,300-meter HC climb.