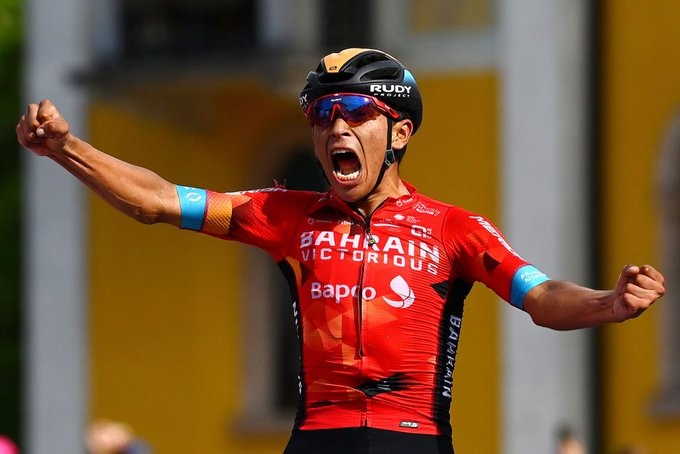 Santiago Buitrago took first leader’s jersey at the Vuelta a Burgos after he claimed the first stage.

The Colombian put in a timely solo attack in the final 600m up to Alto del Castillo and broke clear from the competition crossing the line 3s ahead of runner-up Ruben Guerreiro.

It’s the third stage win for Buitrago this season after winning stage 2 at the Saudi Tour in similar fashion, and his first Grand Tour win at the Giro d’Italia.

“I’m really happy to win today. Last year I tried on this stage, but I have more experience and timed my attack well”, said Buitrago. “I felt good and had great support from the team, and Yuki helped bring me to the front in a great position to attack. Now we go day by day and focus on the GC. We have a strong team here with Mikel and Gino, and we will look to keep the leader jersey.”