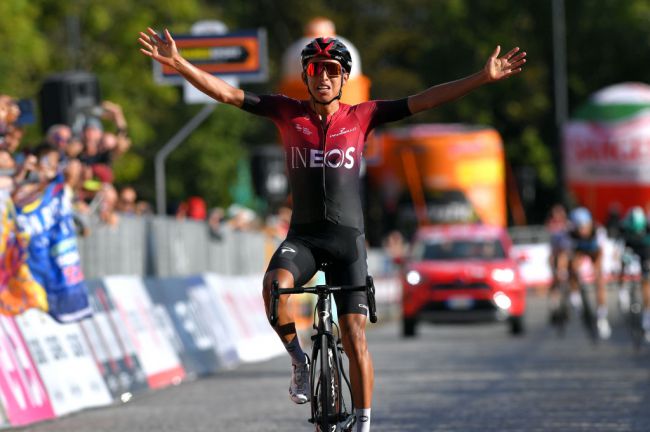 Egan Bernal (Team Ineos) stormed to victory in an exciting 2019 edition of Gran Piemonte with a strong late surge which none of his rivals could respond to.

It was a Colombian and Team Ineos double as Bernal, helped by his teammates, made a break two kilometres from the line to finish six-seconds ahead of compatriot Ivan Sosa.

Nans Peters (AG2R La Mondiale) finished third at eight seconds after the 183km run from Aglie to the Sanctuary of Oropa, the scene of Marco Pantani’s infamous Giro d’Italia stage victory in 1999 when he overtook 49 riders in the last eight kilometres.

“I’m really happy because it’s my first victory in Italy. I’ve done a lot of races here and Piemonte is the region I lived in for two years, so it’s really special to win here,” Bernal said.