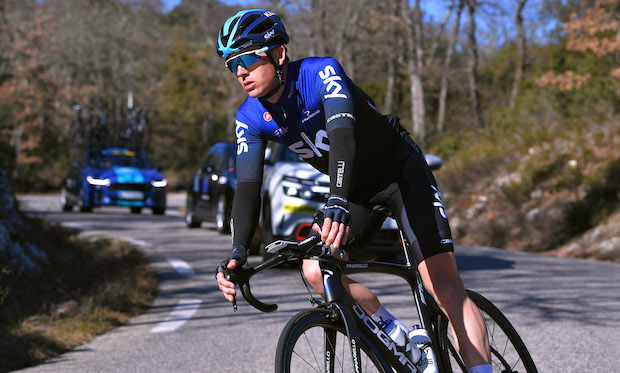 (Reuters) – Team Sky’s Ben Swift is recovering in intensive care after suffering a ruptured spleen when he crashed during a training ride with team mate Geraint Thomas in Tenerife.

The 31-year-old clipped a rock while descending, causing him to fall heavily.

Team Sky said in a statement that he had “sustained multiple contusions following the crash and while scans have shown no evidence of any fractures, there is evidence of multiple areas of bruising on the scan.

“There has been an injury to the spleen that caused bleeding, but this bleeding has now stopped.

“A procedure was performed on Wednesday afternoon to reduce the risks of this bleeding starting again. Swift will remain in close observation for the next few days.”

Swift wrote on Twitter: “I am still in intensive care at the moment. But hopefully move onto a normal ward tomorrow.

“They have stopped the bleed in the spleen. But just need to keep monitoring it. Along with that I have facial wounds and road rash.”

“Thankfully though, he didn’t lose consciousness and was aware of the incident afterwards” Team Sky doctor Inigo Sarriegui said. “We will continue to monitor him over the coming days, but 24 hours on from the crash he is already feeling better.”

Swift joined Team Sky when it was formed in 2010 but left in 2017 in search of more leadership opportunities.

He spent two frustrating seasons marred by injury with UAE Team Emirates, but said he was looking forward to working with a new generation of riders on his return to Team Sky.