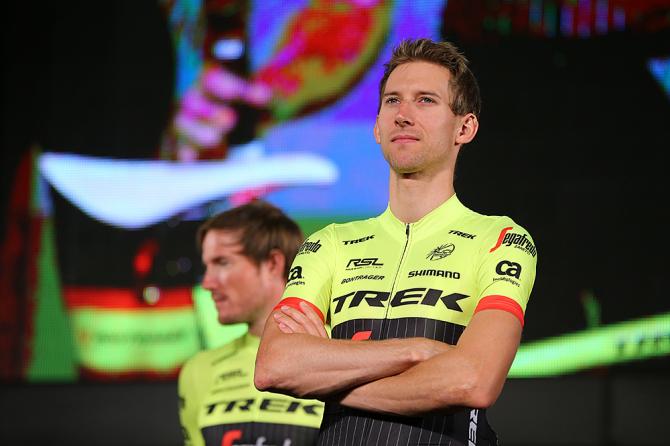 Bauke Mollema (Trek-Segafredo) is set to ride for the classification of the 2017 Giro d’Italia and assist Alberto Contador in the Tour de France.

“It’s a big motivation to go to the Giro to try to win,” Mollema told VeloNews. “It will be the first time I’ve been back to the Giro since 2010. That was my very first grand tour, and I remember how hard it was. So to go back next year with real ambitions to win is a new challenge.”

“It’s a bit of both disappointment to be so close to the podium and to lose it for a crash, but also some satisfaction, because I was really strong in the Tour last year,” he said. “It’s funny, because I have three times before finished in the top-10, and last year, I was 11th, but I know that I was the strongest I’ve ever been.”

“I am really looking forward to racing with Alberto,” he said. “He is a big champion, so I hope I can learn some things from him. How he prepares and how he races. What’s sure is that if I do the Giro for GC, I cannot also race the Tour for the GC.”