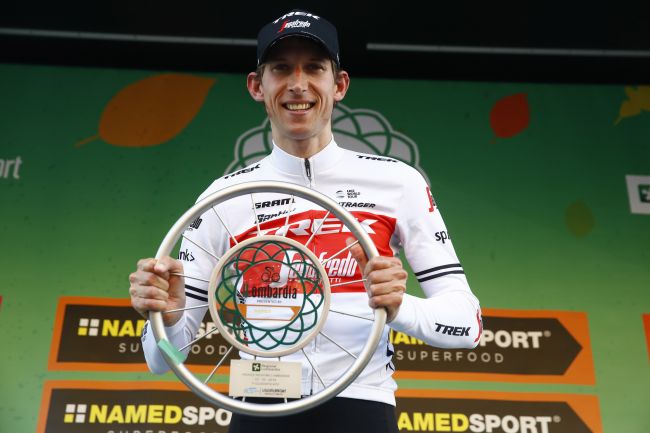 Bauke Mollema produced a solo ride to victory at the end of the Il Lombardia on Saturday to claim one of the most important wins of his career.

”To win a Monument, to win this race…,” said Mollema, who also struggled to hold back tears of joy on the top step of the podium as his national anthem was played.

”This is my 11th Lombardia and I only once before finished in the top 10.’ I wasn’t the favorite so maybe the other riders underestimated me a bit,” Mollema said. ”I found the right moment to attack. I just went full gas in the last 10 kilometers. It’s unreal.”

Primoz Roglic (Jumbo-Visma) finished seventh after being the first rider to launch a committed chase of Mollema when the Trek-Segafredo rider started building a solid gap.

No-one could pull the Dutchman back, though, as he stayed strong to cross the finish line in first. Behind, Valverde fought off Bernal in the sprint finish to take second, with Jakob Fuglsang finishing fourth.