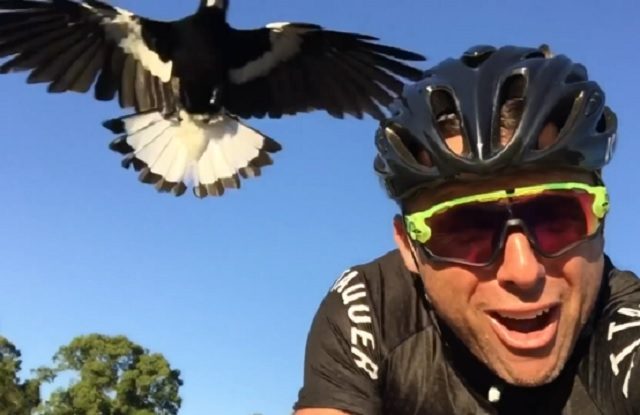 A 76-year-old man from Australia has died in a bicycle crash while trying to escape from a swooping magpie.

Witnesses at the scene saw the man ride off the path in an attempt to avoid the swooping bird. He then collided with a fence post, causing him to be thrown to the ground, sustaining serious head injuries.

“I think he was distracted by the magpie,” said Nathan Foster, who was the one under siege. “He just didn’t take the bend in the track and went up and hit the fence.”

Cyclists have been known to take precautions by attaching cable ties to their helmet pointing up vertically to stop magpies from getting their claws inside helmet vents.

There have already been 1,570 reported ‘swoopings’ already in 2019, with 189 resulting in injuries; incidents very rarely have fatal consequences.

The Australian magpie is a different species to the European bird with which it shares its name. During mating season, the bird can become aggressive and attack humans crossing its territory.