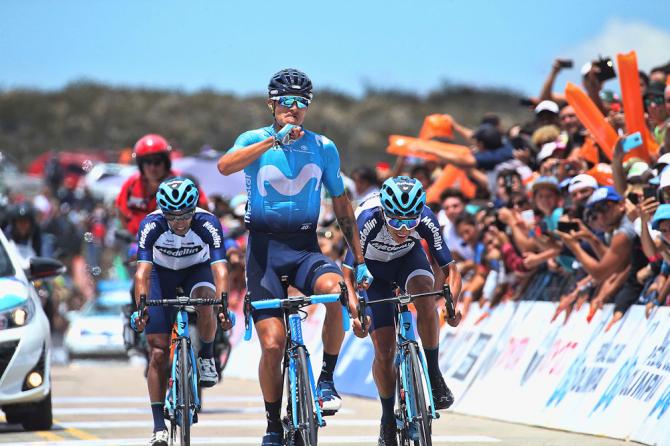 Winner Anacona (Movistar) took the victory in the queen stage of the Vuelta a San Juan to move into overall lead at the Argentinian race.

Anacona accelerated at the start of the last climb and left race lader Julian Alaphilippe (Deceuninck-Quick-Step) struggling behind being helped by Remco Evenepoel.

The Colombian moved ahead of Alaphilippe in the overall by 41 seconds. Defending champion Oscar Sevilla was fifth on the stage, slotting into third overall at 57 seconds.

“My attack was our plan to test the waters, to see how our rivals were doing, and I didn’t think I could reach too far,” Anacona said. “However, and once I built a decent gap, everything just went like we wanted to. Nairo [Quintana] was telling me through the earpiece, ‘Go on, everything’s alright here, everything’s under control, no one is really chasing behind.’”

“I was thinking one of the two Medellín riders would beat me into the sprint, but I had good legs in the end and took what’s also a surprise victory for me,” Anacona said. “I’m so happy to have claimed both the stage and the lead.”