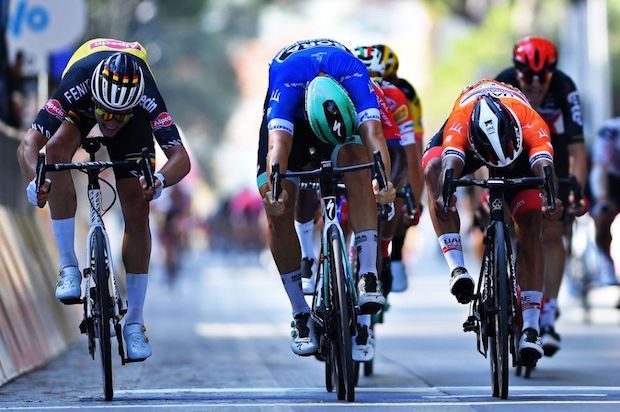 Pascal Ackermann won again at the Tirreno-Adriatico on Tuesday by sprinting to victory in the second stage.

The Bora-hansgrohe rider edged Fernando Gaviria by less than half a wheel in the first stage and he did the same at the finish line in Follonica with another perfectly timed sprint.

”Also today we were really strong, the leadout was perfect,” Ackermann said. ”It was a long sprint and probably I launched the sprint at the perfect distance to the finish.”

Rick Zabel was third at the end of the 201-kilometer route from Camaiore.

Wednesday’s third stage is an undulating 217-kilometer route from Follonica to Saturnia.

There are then two stages through the mountains before another mainly flat route on the sixth leg which is suited to the sprinters and where the 26-year-old Ackermann will be looking to make it a hat trick of wins.

”The next stages are too difficult for me,” Ackermann said. ”I might try again on Saturday.”

The race ends on Monday with an individual time trial in San Benedetto del Tronto.