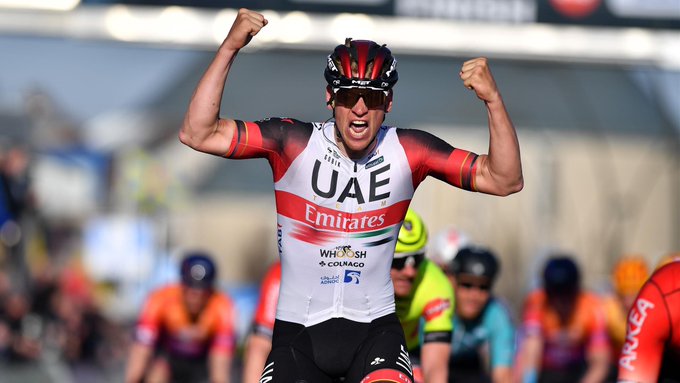 Pascal Ackermann has finally got things under way and grabbed his first win with UAE at Bredene Koksijde Classic in the bunch sprint.

Several attacks came throughout the afternoon but the flat nature of the second half of the race combined with a frequent headwind led to it being easily controlled.

A bunch sprint was to take place in the end, although with no actual leadout in the end, Ackermann launched his move within the final few hundred meters in a sprint that resembled those at his peak form. Hugo Hofstetter and Tim Merlier wrapped up the podium.

“I was not really lucky in the last weeks but my shape was really good,” Ackermann said. “I was thinking about what’s wrong but I think the mistake just was waiting too long in the sprints. Today I decided to go early like in the last years and it worked out again. I’m really happy about it.”