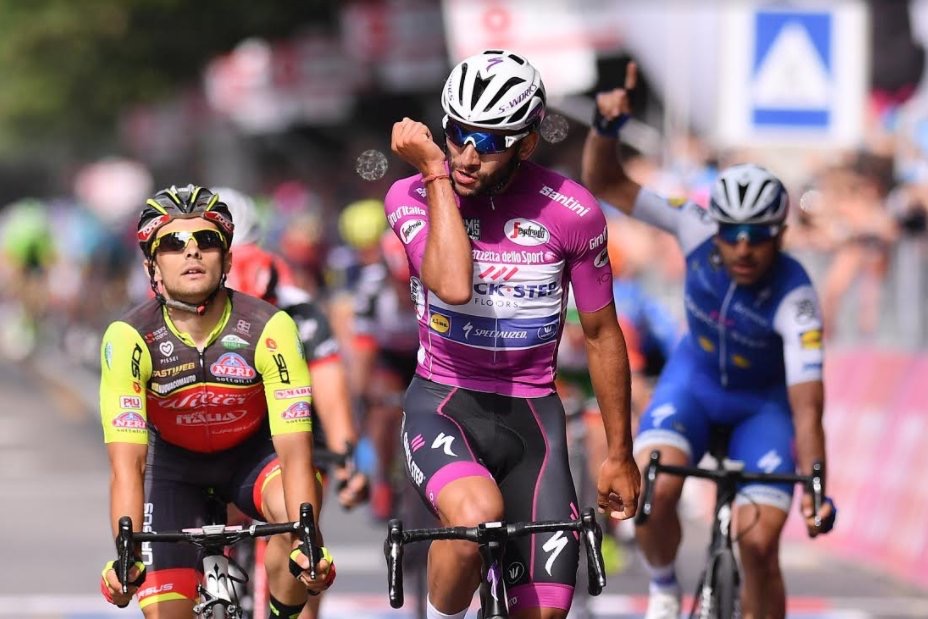 Launched by Maximiliano Richeze, the 22-year-old became the first Colombian to collect three stage wins at a single edition of a Grand Tour.

Fernando Gaviria continued his fantastic Giro d’Italia debut on Thursday afternoon, when he roared first over the finish line in Reggio Emilia, after a tremendous job of Maximiliano Richeze, who provided a perfect lead-out despite a flat tire in the last 15 kilometers which forced him to chase hard the frantic peloton who was heading to the finish with 55 km/h.

Gaviria came out of his teammate’s wheel with 150 meters to go and powered to the line with remarkable ease, beating Jakub Mareczko (Wilier-Triestina) and Sam Bennett (Bora-hansgrohe). The stage 12 dominant win helped the Colombian extend his already comfortable advantage to 80 points in the maglia ciclamino classification.

“I was a bit worried when Max punctured, because the finish was nearing and the bunch was going really fast. Fortunately, he came back and I was relieved, because Max is very important for me. I want to say a big thanks to him and to the entire team, they were wonderful today and I couldn’t have asked for more”, said Fernando Gaviria.