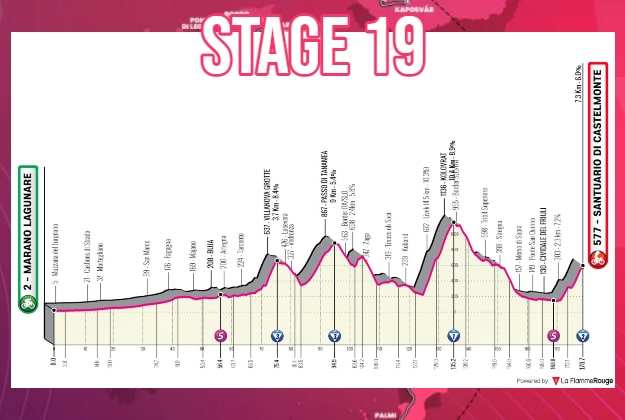 177km and the Giro visits Slovenia the home of Roglic & Pogacar, a breakaway should win but the Kolovrat should inspire the GC men to have a attack just over 43km until the line. 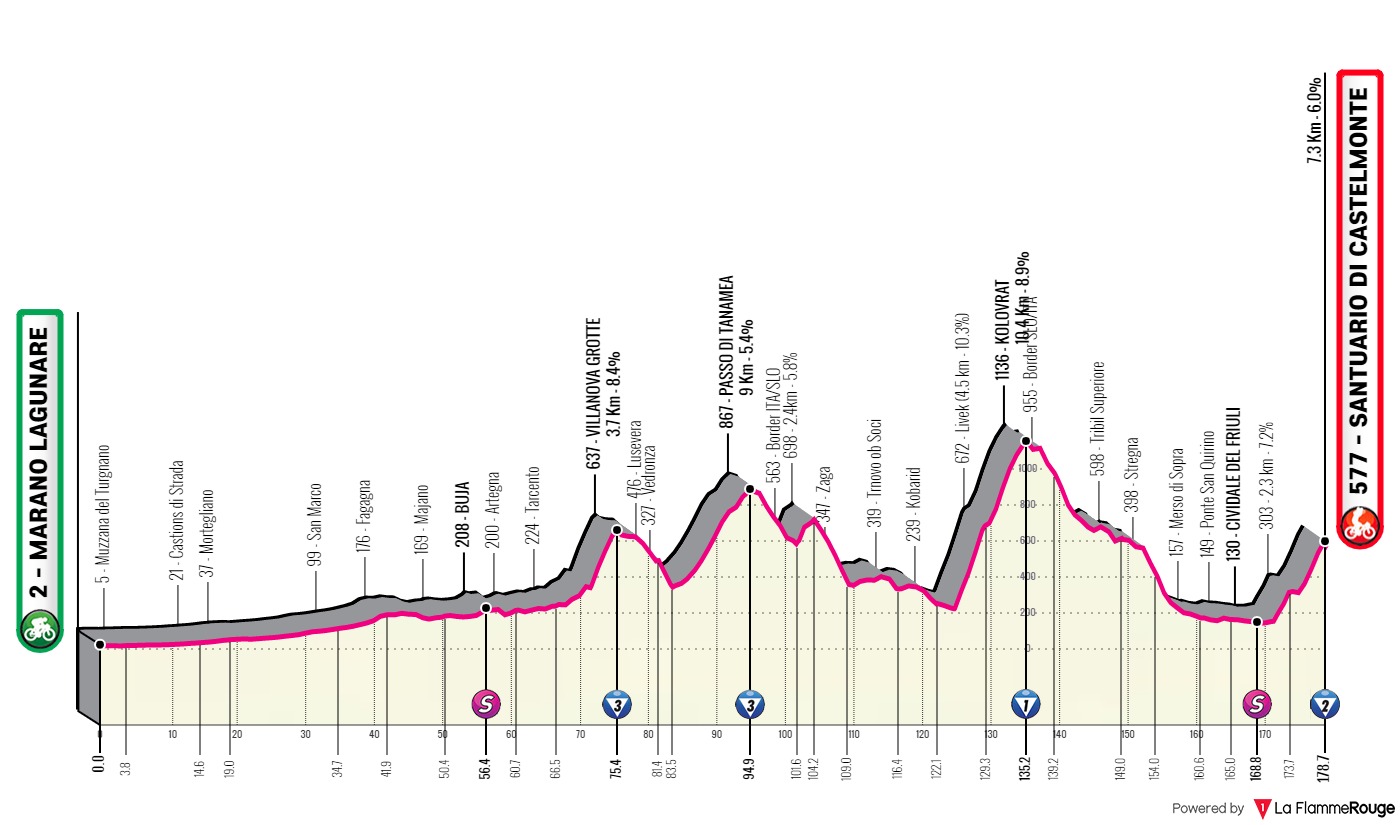 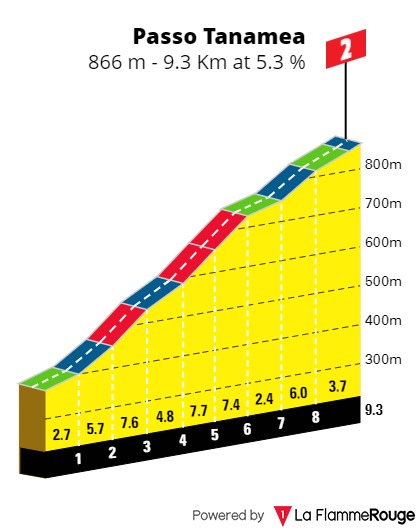 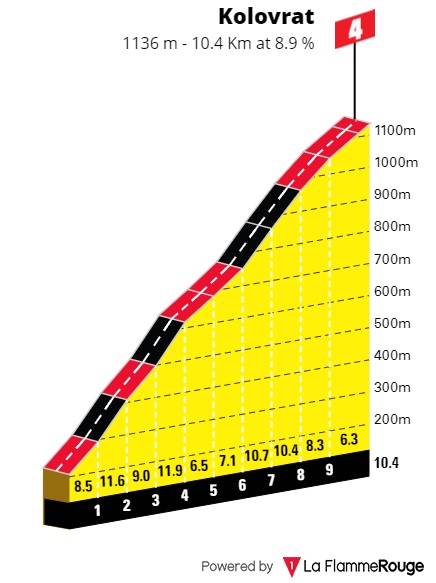 The climb of the day starts in Slovenia and it is horrible. 10.4km at 8.9%. Some real damage can be done here. 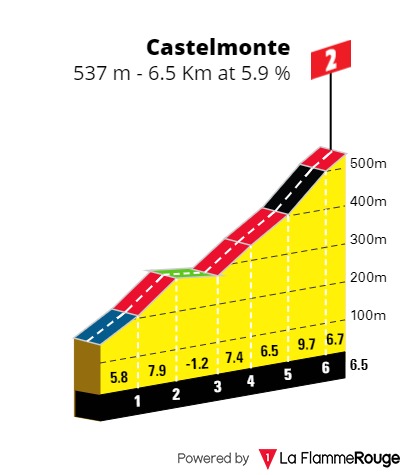 Unfortunately Joao Almeida left the Giro. The podium’s contenders are getting closer to the deadline. The last chances to build a gap before the final time trial are today or tomorrow.

Will Richard Carapaz, Jai Hindley, Mikel Landa go for it? The gaps are still very slim, between the first three, most of all between Carapaz and Hindley. So who will go on the attack in the Kolovrat or on the final climb to Santuario di Castelmonte in hope of creating a gap? This is the challenge of this stage… and that of tomorrow..

Who has enough the strength to go in the breakaway and possibly win the stage? If the contenders for victory in the general classification will not necessarily claim stage victory, they will be trying to create gaps between them. And that’s the whole point of this step. I think there are still brave men to win in the breakaway like Mathieu Van der Poel and Santiago Buitrago who seem more confident in this third week. Thymen Arensman, Giulio Ciccone, Gijs Lemmreize or some others like Martin, Hirt, Kamna, Vansevenant, Carthy will also be there.

Richard Carapaz – Strongest rider in the race.
Jai Hindley – Only threat to Carapaz in the GC but will have to attack.
Mikel Landa – Lost time on Wednesday.
Vincenzo Nibali – 4th in GC, 5:48 down he could attack from distance.
Pello Bilbao – 5th, 6:19 down, another rider who can attack from distance and gain time on the GC.

This is a typical breakaway stage. The flat early terrain provides the perfect tarmac for a break-away to form. With the oncoming climbs, particularly on the next stage, it would not be wise for any of Ineos, Bahrain or even Bora to waste men this early.

Magnus Cort Nielsen, Bauke Mollema and Lilian Calmejane came to the Giro to complete their trinity of grand tour stage victory and this is their last chance.

Had he not been in the break-away on stage 18, Magnus Cort would have been my favourite given he was one of the last men to hold on to the GC group in the penultimate climb on Wednesday. This does not mean that he has no chance. He pulled it off, last year at the Vuelta.

Jumbo-Visma may not have had a great Giro in terms of the general, but the individual strength of their riders is impressive. It is actually harder to predict who among the yellow men will be in the breakaway.

Mathieu Van der Poel has exceeded expectations in the much harder stage 17 and he definitely wants Italy to accept pineapple on the pizza.

This is not the typical Bauke Mollema stage profile with a climb at the finish, but the dutchman knows how to get into a break-away and will not easily give up this last shot at stage victory.

Lilian Calmejane is probably not in the best form of his career but that does not mean he cannot win. He is one hell of a fighter and give it all as long as he is leading.

At 5:48 min, it will still be unsual for the GC contenders to allow Vincenzo Nibali to go in the breakaway. More importantly, is whether the man himself would want to go for the break. We all know the shark has something planned as his last hurrah but it is of course difficult to predict where and when. If Nibali is allowed in the break, so will the impressive Jan Hirt and we have seen how good he is.