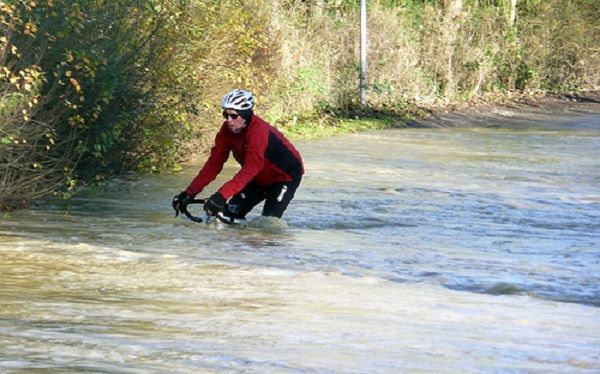 We’ve all made these cycling mistakes when we started riding but you don’t have to. And if you find you’re doing one of these, you can quickly fix it before your next ride.

Fixing some of these cycling mistakes will help save your life while others will just help you look good in your new found passion.

Too much too soon

One of the biggest sources of injury comes from trying to take on too much mileage before you’re ready. Build up slowly, ease in, and give your body time to adjust to new distances. Similarly, if you’re on a training ride, don’t start too fast and risk burnout and fatigue in the second half. Warm up during the first third of the ride, then settle into a rhythm for the second, and give it everything you’ve got for the final third.

If you’re only riding for an hour, you don’t need to eat on the bike (but bring water). But if you’re planning to ride over two hours, bring a snack along and start eating 45 minutes to an hour into your ride, and continue to eat small amounts every 15 to 20 minutes. Forgetting to refuel can put your body into a deficit and cause you to bonk—or go into a hypoglycemic state. Tiredness, irritability, dizziness, nausea, confusion—it’s not a strong way to finish a ride.

It’s a newbie mistake that can get you hit by a car; the assumption that cars can see you. There are few things in life that you should assume without verification, your visibility on a bicycle is not one of them. Always ride like you’re invisible.

Constantly be aware of traffic coming up from behind by checking over your shoulder and listening. It’s not always possible to monitor your surroundings 360-degrees but do your best. If possible, make eye contact before making any sudden moves if possible, particularly across intersections.

Assume you need all the best gear

You don’t need fancy clothes, clipped-in shoes, or a top-of-the-line bike to become a cyclist. Sure, slick equipment can be a lot of fun, but there’s nothing like smoking a bunch of high-end carbon bikes on a climb when you’re riding an old beater. The important thing is that you just get out there and ride—and worry about any potential upgrades later.

Newbies often ride very close to the curb because they’re worried about being hit from behind. But if you take a look at where the car is, you’ll see that the driver is looking down the road for traffic. They’re not looking in the bike lane or the area closest to the curb. Drivers typically look down the middle of the lane for other cars. The farther left (right in the left-driving countries) you are the more likely the driver will see you.

If you’re new to cycling, move to the left (right in the left-driving countries). Stats support the concept and say that you’re far more likely to get hit by a car coming at you in an intersection than a car from behind which can see you more clearly.

Underwear under bib shorts? No. Just no. Sure, as a new cyclist it can feel weird to pull on a pair of bib shorts without underwear, but, ultimately, it’s the only way. Bib shorts are made to be worn without underwear, which can otherwise bunch up and quickly chafe. And you don’t want to go there.

So you have your bike ready, the sun’s poking through and it’s time to clock some miles and work on those tan lines. Except you didn’t check the weather forecast, and, in true British style, the sun turns to dark clouds and rain and you’re about to get drenched miles from home.

The experienced – or the well-prepared, at least – can pull out a lightweight jacket and at least protect themselves from the worst of the weather.

Not wearing a helmet

A lot of the time cyclists will see what other riders are doing and try to emulate it because it looks cool. In some cases this is OK, such as adopting a bright colored sock, saddle, and handlebar tape combo, but one thing you should never adopt is riding without a helmet. Riders will do this because they think it looks cool but you should always wear a helmet, even if it’s just down the street to the grocery store quick. You never know when something might happen and being seen without a helmet on just makes you look stupid. Wear one. Always. It will save your life.

You’re feeling great, and this climb is ready to be conquered. Your mates have slowed down? Pah, watch this. Eat my dust…

This is steeper than I thought! How far to the top? Really? But I’ve been climbing for ages? Oh no, it’s getting steeper. I might have to stop and unclip…

What’s that noise behind? Ah! It’s your fellow riders coming past and leaving you trailing in their wake as they roll up at a steady speed. Why didn’t you think of that?

If you’re going to attack to show off your new-found fitness, make sure you have a chance of making it stick for more than a few seconds…

Using clipless pedals is a landmark for all new cyclists, but riding with your feet seemingly locked in takes some getting used to, even if it makes your pedaling more efficient.

And it’s easy to forget you’re still attached to the bike as you approach traffic lights or a junction, or just simply a stopping point in your ride.

Cue a sudden panic, an ungainly fall and (well-meaning) sniggers from any riders who might have spotted you. Don’t worry, we’ve all been there!