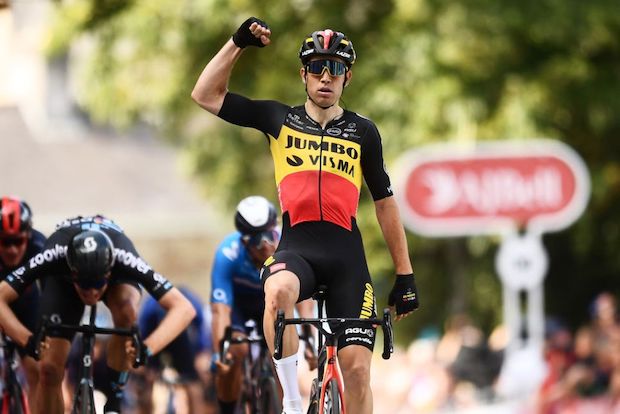 Wout van Aert won a sprint finish in the opening stage of the Tour of Britain on Sunday to the take the lead in the general classification.

“It was a tough stage,” said Van Aert. “It was good for me to adapt to these kind of roads and to get used to them.

“Obviously, on the first day of a race everybody is still fresh so it was a big battle to be at the front for the sprint.”

Monday’s second stage sees the riders move into Devon for a 184km ride from Sherford to Exeter.