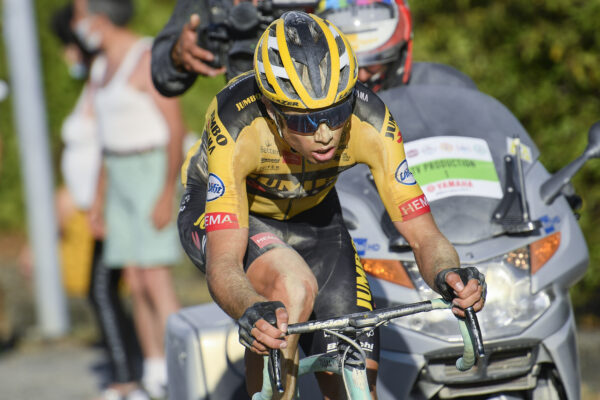 Wout van Aert failed to defend his title in the Strade Bianche as he couldn’t match Alaphilippe, Van der Poel and Bernal in the final.

“In the end, it was the best riders in front, and there were a few guys who were stronger than me,” Van Aert said. “I have to be content with fourth place. I felt in the final that the last percentage points weren’t there yet.”

“There was a lot of wind. In the first part of the race, it was a tailwind, but then there was a long section of headwind and it was easier to stay in the wheels compared to other years, so that was why a big group arrived together at the Monte Sante Marie sector,” Van Aert said. “Normally there’s a big difference made before then, but not this year.”

“I was maybe the first in the front group who was in difficulty, but I got going again afterwards and I did the final to the maximum of my capacities today,” Van Aert said. “The three riders in front were the strongest.”

“Yes, I’m progressing, that’s sure. It was a difficult race, but I was there in the important moments and I finished fourth so I’m happy.” 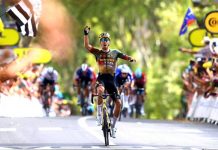