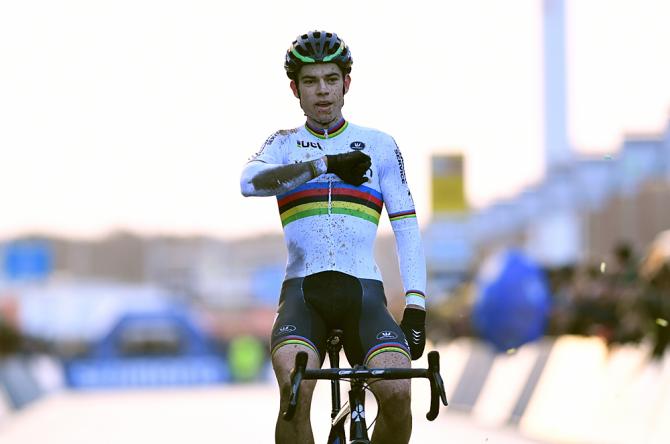 The Belgian rider had a breakthrough season on the road this year, finishing third at Strade Bianche. He also achieved top-ten placings at Gent-Wevelgem and the Tour of Flanders, and finished 13th at Paris-Roubaix this season, and last month won the Tour of Denmark and the bronze medal at the European Road Championships in Glasgow last month.

However, Van Aert was unhappy by the lack of communication of the team and the uncertainty of his future within the team.

“Wout Van Aert has unilaterally terminated his contract with Sniper Cycling on Monday evening September 17, 2018,” said Veranda’s Willems-Crelan team in a press release. “This decision came despite the fact that the team management tried to unblock the situation last week, e.g. by offering him an improved contract for 2019.

“Van Aert did not accept this proposal and has opted to terminate his contract unilaterally with immediate effect. The team management regrets that decision. This matter is now in the hands of our counsellors. No further comment will be made in the meantime. However, as pointed out repeatedly, we wish to clarify that we will be a ProContinental cycling team in 2019 regardless.”

The 24-year-old had agreed terms with LottoNL-Jumbo team for 2020 when his contract with Veranda’s Willems-Crelan expired, but could potentially join the WorldTour team early in 2019.