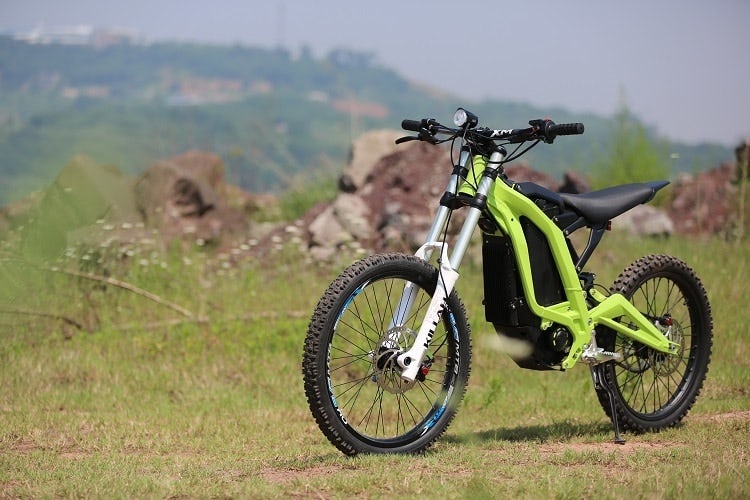 (Reuters) – E-bikes are already a divisive topic in cycling clubs around the world and many a Sunday morning warrior has cursed at the sight of one gliding effortlessly past on a lung-burning climb.

Now cycling’s governing body the UCI and its motorcycling counterpart have become embroiled in a row over which organization holds jurisdiction over E-bike competitions.

The huge rise in popularity of pedal bicycles with small motors, especially E-mountain bikes, led to the UCI integrating them into its competition regulations in January.

The first UCI E-Mountain Bike World Championships will be held in Canada later this tear while several E-bike events have been registered on the UCI’s 2019 mountain bike calendar.

However, the Federation of International Motocycling (FIM) potentially threw a spanner in the works by last month announcing a rival series, the inaugural FIM E-Bike Enduro World Cup that will take place in France in June.

In a statement on Friday the UCI said it was “surprised and disappointed” by the move, insisting E-bikes are one of the disciplines under its auspices, along with road, track and BMX.

“The UCI had already notified the FIM in September 2017 that it considered E-mountain bike events to come exclusively under its jurisdiction and that the respective roles of the two International Federations (UCI and FIM) were clear and would not be called into question,” it said.

“The UCI means to develop this activity which, as with other forms of cycling, comes under its exclusive jurisdiction,” UCI president David Lappartient said.

The UCI has strict regulations regarding the electric motors on E-mountain bikes which must not exceed 250 watts. Pedaling assistance is only permitted to a maximum speed of 25kph.

“Electrically-assisted mountain bike is a new challenge for me,” he said. “I won the first French Championships and I cannot wait for the UCI World Championships in Mont-Saint-Anne.

“It’s good that bodies such as the UCI take new practices seriously. The manufacturers, athletes, and public are there. The electric bike is a social phenomenon that contributes to the development of our sport. It is great that it is also recognized at the highest level.”