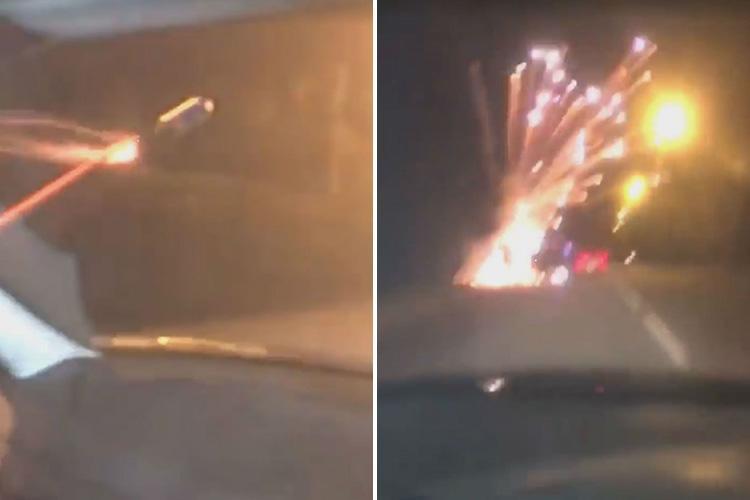 Footage of a car passenger firing a rocket at a cyclist has gone viral on social media and has also been picked up by the mainstream press.

In the video, the rocket appears to hit the cyclist and explode, but it is unclear whether the rider was injured. It is not known when the incident happened. In the moment before the driver stops filming, the cyclist’s silhouette appears, with the rider apparently still on their bike.