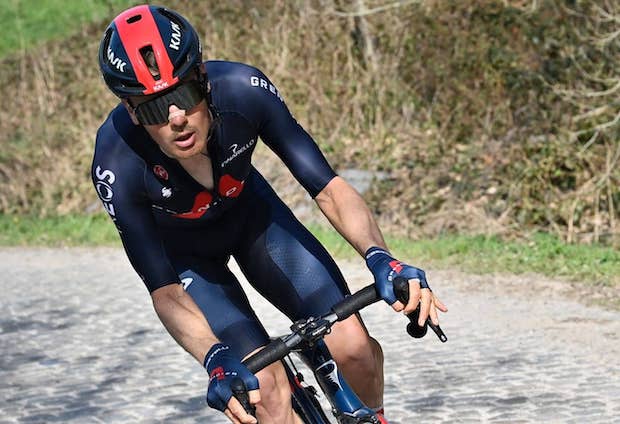 Dwars door Vlaanderen winner Dylan van Baarle and Tom Pidcock will be the leaders of Ineos Grenadiers for the Tour of Flanders.

Van Baarle tooked the biggest victory of his career on Wednesday in Dwars door Vlaanderen after a solo of over 50 kilometers. The Dutchman already made a good impression in the E3 Saxo Bank Classic (7th) and Gent-Wevelgem (8th).

“I think last weekend I showed that I was in good shape and that those places of honor of the past years did not just come out of the blue. This is only a confirmation that I am on the right track”, said Van Baarle.

The Dutch rider will probably count on the support of Tom Pidcock. The young Briton started his first spring with the big boys in a spectacular way, but was less successful in the last races. Owain Doull, Michał Gołaś, Ethan Hayter, Luke Rowe and Leonardo Basso will also be at the start on Sunday.

The British team cannot count on Michal Kwiatkowski on Sunday. The Pole broke a rib during the Trofeo Laigueglia a month ago, but rode Strade Bianche, Tirreno-Adriatico and Milano-Sanremo despite his injury.