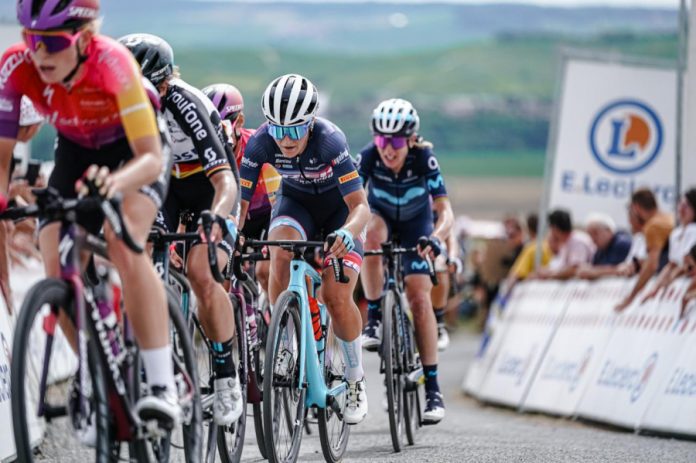 As all eyes are fixed to the last 2 stages of the races, The Tour de France Femmes 2022 stage 4 could down out to be the Queen Stage! 126 km packed with steep climbs and unpaved roads, the Tour will be lost to many less skilled girls here.

5 categorized and most importantly 4 sectors of white roads is one menu for the peloton. It is often said that the Tour cannot be won on these stages but it can lost. Exceptionally, the Tour de France can be won here. 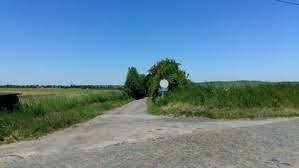 Chalk covered road with steep climbs are awaiting the girls. Many has called it the Stade Bianche in France but to be fair this is looks more like a cyclo-cross race!

As the girls hit the intermediate sprint at the 60km mark, chaos will ensue. The peloton will fight for position to enter the first of the gravel road: a 2.3km sector which ends with 1.1 km climb at 8.9%.

The second sector follows just after the descent: Chemin Blanc des Hautes-Forets (3.2km) which also includes its steep climb (900, at 8.8%)

The third unpaved sector is the longest one (4km long). Luckily it is on rather neutral gradient.

The gap will already have been made by the strongest girls with the strongest team but it does not ends here. The remaining 20 km includes the bonus second sprint, an uphill one as well and a final categorised climb at 1.8km at 4%

The finish promises to be a rather simple affair after what the girls would have gone through. A solo win is expected following the descent.

Trek-Segafredo is the team that will blow things apart. All of their riders are gravel/ paves/ cyclo cross experts that could win the stage on a their day. But their motto for this tour is simple: All for Elisa Longo Borghini.

Behind it will be all about holding up with the pace of Ellen Van Dijk, Elisa Balsamo, Shirin Van Anrooij and Audrey Cordon Ragot.

The French champion has been in impressive form recently. Not bad on the Cobbles of Roubaix, this could be her best chance at a stage in the Tour de France.

She might not be on the same form when she won Strade Bianche but she has a very strong team around her and could still have her say.

The Cyclocross Junior World Champion, the 2022 world and time trial U-23 European Champion. 20 year old Shirin Van Anrooij is the champion of tomorrow. She will on duty to guide Elisa Longo Borghini to the win but a 1-2 is a big possibility

Only a very serious crash can deny the Paris- Roubaix winner. Sine the French Classics, the ex Italian champion has been spiking to form. She has made the Tour de France her major objective and this is her stage. The one that fits her the best and she will gladly dominate it and take as much of a gap she can.

Make sure to tune as from 1400pm Central Europe, 0800am U.S. Eastern on cycling.today or cyclingstream.com to watch the race free and live with us!