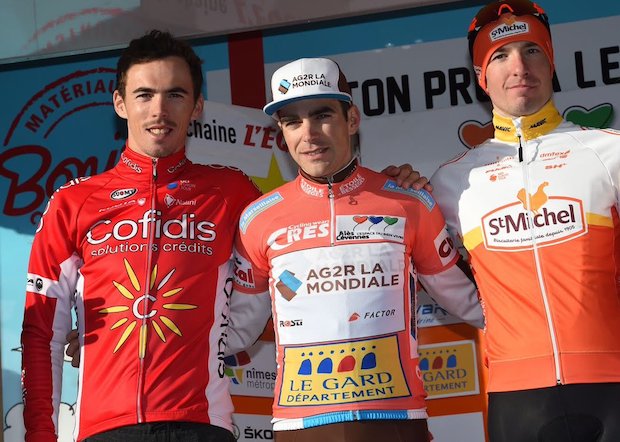 Tony Gallopin (AG2R La Mondiale) stormed his way up the final climb in the time trial that closed out the Etoile de Besseges on Sunday.

Gallopin had come into the final stage of the five-stage race 20 seconds down, in 15th place, alongside more than 20 riders with the same time. Gallopin then covered the 10.7km ITT in a time of 15:21, 20 seconds faster than Yoann Paillot (St Michel-Auber93) and 22 seconds faster than 38-year-old Sylvain Chavanel (Direct Energie). In doing so Gallopin leapt to the top of the leaderboard, finally winning the race overall after finishing second for the past three years.

“It was a great battle all week. The time trial was to my advantage and I am relieved to do the double and win the overall classification”, said Gallopin.

“The last three years I had continually come across riders who were stronger than me at this race. I’m happy that this series second place finishes at Bessèges stops here. I wanted to hang this race on my record. After La Marseillaise, the team proved that it is on the right track. My number one goal remains Paris-Nice for the early part of the season, so it’s reassuring to start the season this way.”