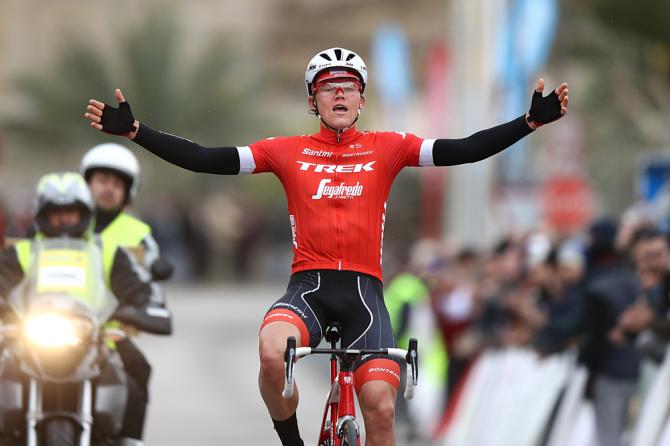 Toms Skujins (Trek-Segafredo) won the third race in the Challenge Mallorca series with a brave solo attack, holding off a group of top favourites.

“That was hard, much harder than expected. I was in trouble a lot of times but in the end with the teamwork we had it was just incredible. The way we rode today it was really a pleasure to be wearing the Trek-Segafredo jersey.”

“We never sat back, we were always up there for the action, and if it were not for Michael Gogl going on the attack for 60kms, we wouldn’t have won today. We saw in the end when Gogl was still solo – we had 3 or 4 guys in the next group so all we had to do was follow the wheels, and that we could go on the offensive again when he was caught.” 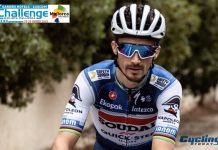