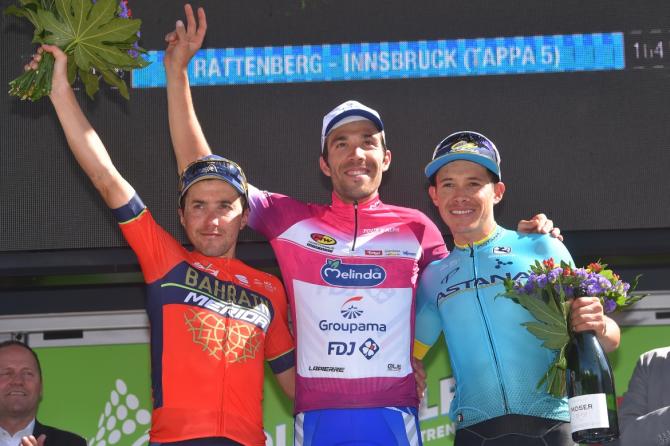 Thibaut Pinot (Groupama-FDJ) won Tour of the Alps on Friday as Mark Padun (Bahrain-Merida) claimed victory in the fifth and final stage.

Chris Froome finished fourth overall but the Sky leader was happy with “the perfect build-up to the Giro d’Italia”.

“I think I’m a lot closer to being ready for the Giro than I was at Tirreno-Adriatico and we’ve still got two weeks now,” said Froome.

The race concluded after a 164km run from Rattenberg to Innsbruck, featuring a series of climbs, one of which peaked 12km from home before a 6km descent and a 6km dash for victory.

Padun made a late solo break to cross the line alone, 5s ahead of George Bennett (LottoNl-Jumbo) with Jan Hirt (Astana) at 6s. It was the 21-year-old rider’s first professional victory.

“It was an incredible race, across all five days,” said Pinot. “It was five days of battle. There were no gifts. I’m really happy to write my name into this race, which, for a climber, is very prestigious.”