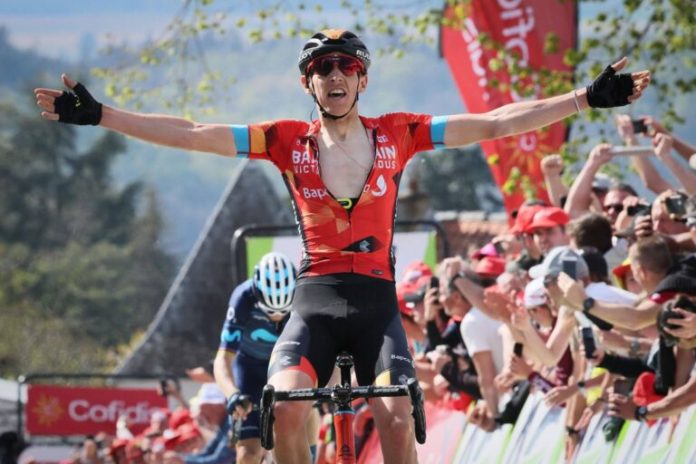 Dylan Teuns won the Fleche Wallonne on Wednesday at the top of the Mur de Huy.

In the sprint for the line, he edged out the Alejandro Valverde (Movistar), seeking a sixth Fleche victory, and Bora’s Aleksandr Vlasov. Valverde, five days away from celebrating his 42nd birthday, climbed on to the podium for the ninth time in his favorite race.

Tadej Pogacar, droppped out of contention in the last 300 metres and failed to break the top 10.

“I knew when Valverde was going to step up,” Teuns commented. “I was on his wheel. Then I felt him come back alongside. Fortunately, I still had some strength”.

“I have never felt so strong in the spring classics,” added the Belgian.