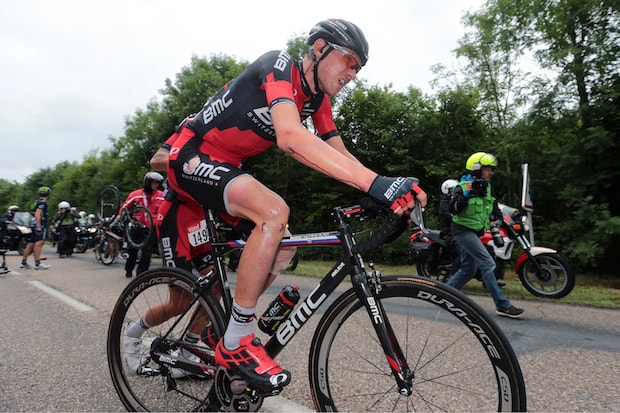 Tejay Van Garderen is set to join EF Education First for the 2019 season. He was twice fifth overall at the Tour de France and boasts 15 wins on his palmares.

“I’m looking forward to being a part of ‘America’s’ team,’’ van Garderen said. “I’m certainly not a young rider anymore, but I’m still way too young to be put out to pasture. I’ve had some good results, some ups and downs, and I’m still interested in exploring the capacity of what I have to give, however that translates. Whether it’s helping a teammate or grabbing results for myself. Whether it’s grand tours or one-week stage races. I still think there’s a lot more I can offer.”

Van Garderen, 29, has been a professional since 2008, riding for the Rabobank development team, the HTC franchise, and most recently with BMC Racing, where he spent the 2012 – 2018 seasons.

“I think it was a necessary thing to do,” van Garderen said of his change in teams. “I’m definitely going to look back on my years on BMC positively. I’ve accomplished a lot with that team. But at a certain point sometimes you just need a fresh environment, fresh faces, some new ideas.”

“This is a new chapter. Maybe even a new book,” said EF Education First – Drapac p/b Cannondale CEO Jonathan Vaughters. “Tejay exhibited incredible potential in his younger years. He’s been riding under very high pressure for years as he was pegged as America’s next great cyclist. That’s been tough billing to live up to, and it would have been for anyone.

“I worked with Tejay when he was a junior. I met him when he was 14 and had won the Cat. 3 race up [Colorado’s] Mt. Evans. I feel like he makes a lot of sense for this team. I think we can get the best out of him using an approach that gets him back to thinking about bike racing as fun as opposed to shouldering the weight of being the next great hope in American cycling.”