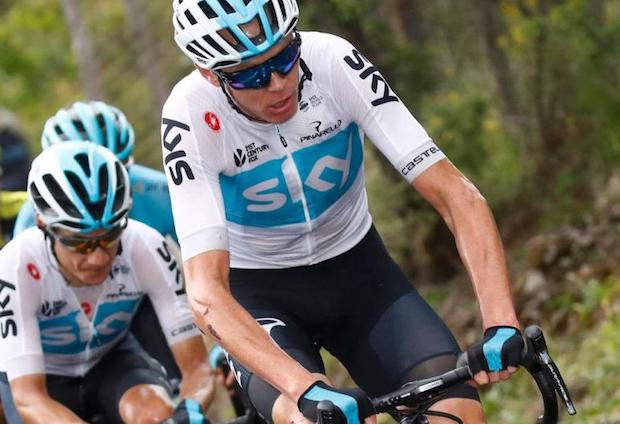 Froome was forced to dig deep on a brutal finale to reduce his losses as race leader Simon Yates (Mitchelton-Scott) extended his overall advantage with victory on the Gran Sasso d’Italia summit finish.

Yates picked his moment to attack a group of favourites in the closing metres to seal his second stage win after Froome had lost ground on the leaders in the closing kilometres.

But despite the result pushing Froome out of the top 10 overall, Portal insisted that the team’s battling mentality, coupled with the large number of stages remaining in the first Grand Tour of the season, could change the tide.

“It’s not what we hoped as [Froome] was looking good the last couple of days, but we need to stay optimistic. There are two long weeks coming up, so hopefully we will have better days.. Nothing is done.

“They all deserve a good rest day and hopefully we can quickly forget this stage.

“In general, when you talk to the riders you can tell everyone wants to win. They won’t switch off, for sure this isn’t great news but they will keep fighting. Morale is strong and that’s what we like to see.”