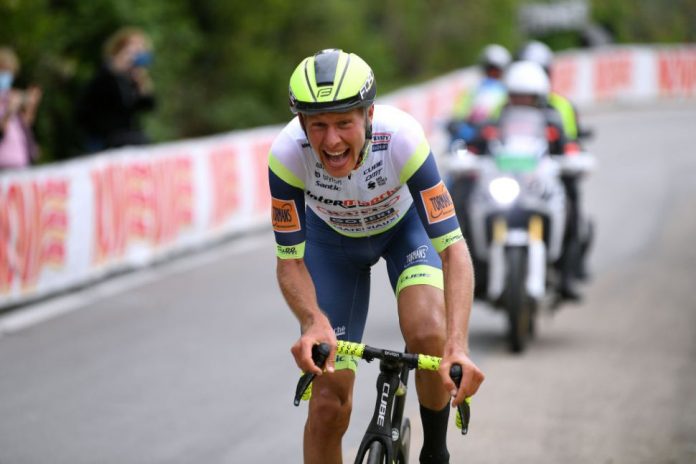 Taco van der Hoorn claimed a surprise breakaway win on stage 3 of the Giro d’Italia, a 190-km ride from Biella to Canale, on Monday as Filippo Ganna retained the overall lead.

You can rewatch STAGE 3 of 2021 Giro d’Italia HERE

Van der Hoorn (Intermarche-Wanty-Gobert Materiaux) attacked out of a dwindling and seemingly doomed breakaway group with just under 9km to go and held off the chasing peloton to win by four seconds.

Ganna holds onto the overall leader’s pink jersey for a third day after completing a rain-soaked stage safely in the peloton.

Tobias Foss climbed into second place in the general classification, 16 seconds down on Ganna, after leapfrogging fellow Jumbo-Visma rider Edoardo Affini, who lost time and dropped down the rankings.

Ganna is expected to relinquish the overall lead in Tuesday’s fourth stage to Sestola, which ends with a steep, 4.3km climb and a 2.5km dash to the finish.