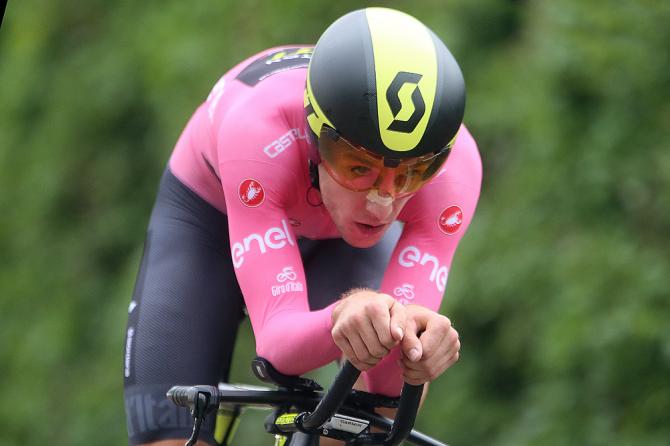 Three-time stage winner Simon Yates has managed to retain the pink leader’s jersey after the second time trial of the Giro d’Italia.

“I am really happy, I felt good in the first 20-25km. I had a good rhythm and felt like I was going well. I wasn’t losing so much time and I was really trying to hold my position, but in the final ten kilometres I really died a thousand deaths.”

“I thought I would lose a lot more, but I managed to hang on and I am really happy with that. I think after today it will change our tactics for the coming stages and I think, unfortunately for the fans we will have to be a lot more defensive.

“We’ll see how it plays out, there’s quite a big gap to some of the guys behind me now, Tom (Dumoulin) is only 56seconds, but to the others it’s a good gap. There’s still a long way to go to Rome. I hope I don’t have any bad luck or bad days and I’ll see what I can do.”