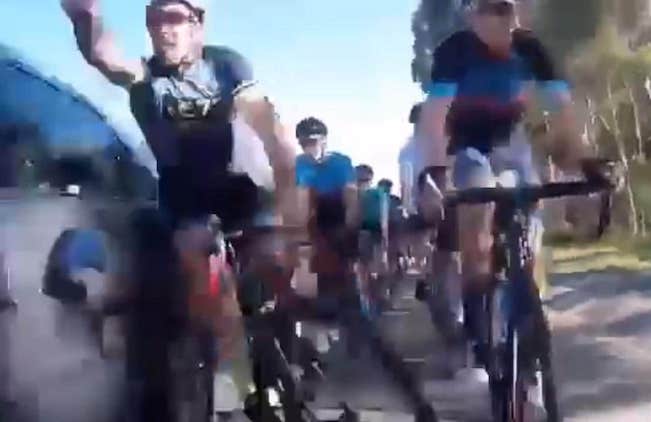 A cyclist riding in a group in Australia was clipped by a car’s window mirror and has triggered a mass pile-up.

The short video shows a group of cyclists riding two abreast. One towards the front of the pack is clipped by the mirror of a car, and hits the bitumen, triggering a pile up as other cyclists crash into him. The rider initially hit, Craig Johnston, told ABC Radio he was sore and bruised, but otherwise alright.

Australian police said the incident took place between 7.40am and 8am on Saturday along the Newcastle Inner City Bypass.

“The incident has been reported to police and officers have commenced inquiries,” a NSW police spokesperson said.