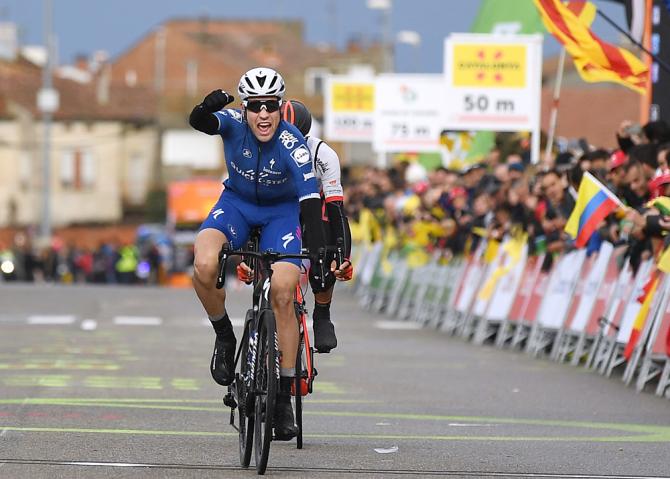 Maximilian Schachmann (Quick-Step Floors) won the sixth stage of the Volta a Catalunya which was shortened due to heavy snow and bad weather in the Pyrenees Mountains on Saturday.

Schachmann beat Diego Rubio in a two-man sprint to claim the 117-kilometer ride that ended in Torrefarrera after staring in La Pobla de Segur.

The stage was originally 194 kilometers and to start at Viehla in the mountains, but heavy snow led to a change by race officials.

Valverde said riders faced temperatures of 1 and 2 degrees Celsius and rain for a large part of the ride.

”Now we have tomorrow,” Valverde said. ”We know that 16 seconds can either seem like a lot, or not very much at all.”

Schachmann and Rubio held off a late push by the peloton, which crossed 18 seconds after the winner.

”It was a really, really cold day even with the shortened sage,” Schachmann said. ”It was incredibly hard. I was even frozen in the front. I am really happy I made it to the finish line.”

Sunday’s seventh stage is a 155-kilometer ride in Barcelona.