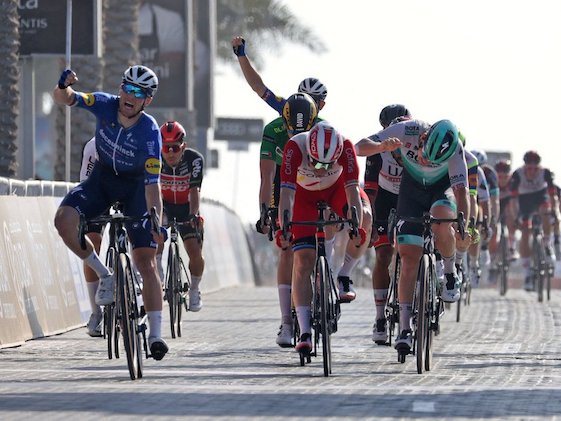 Sam Bennett won the penultimate stage six of UAE Tour on Friday, confirming his early season form to claim his second victory at the Palm Jumeirah Island finish with ease.

After Thursday’s 20km uphill finish the overall race leader Tadej Pogacar was able to take it easy on the run around Dubai leaving the glory to the sprint specialists while he maintained his advantage finishing with the main pack.

Bennett beat Elia Viviani into second as Pascal Ackermann came third. The Irishman who cried after his first Tour de France stage win last season can bag a hat-trick of wins Saturday on the seventh and final stage which also looks perfect for his strengths.

The 30-year-old said he would certainly go for it.

“We’re pretty much nailing it at the minute,” said Bennett. “I really want stage seven and we’ll for sure go for it again on Saturday.”

Pogacar goes into stage seven with a 45sec lead on last year’s champion Adam Yates with Joao Almeida in third at 1min 12sec.