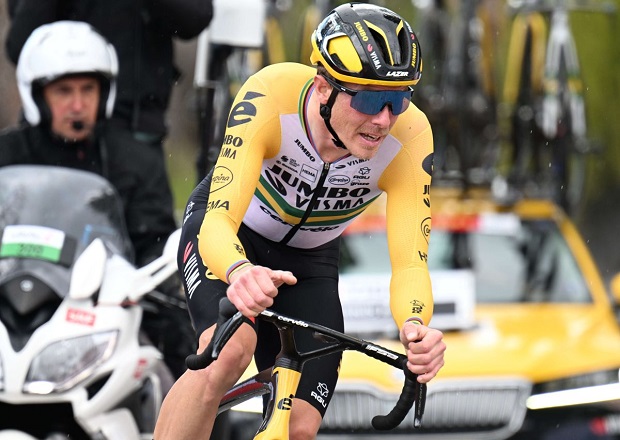 Jumbo-Visma has announced its Tour de France roster, with Primoz Roglic, Wout van Aert and Jonas Vingegaard all making the cut, but without Rohan Dennis who picked up a stomach bug at the Tour de Suisse.

Wout Van Aert will lead the squad in the battle for green, while Roglic and Vingegaard will be the main cards that the squad will play in the fight for the yellow jersey.

Laporte will likely double as the leadout man for van Aert as he makes his first concerted attempt at winning the points classification. The squad will be at home in the crosswinds and over the cobbles.

“I have put together the best possible team. Nobody gets a mark on their passport. In football, people who do the same job as me get the same comments,” Jumbo-Visma sports director Merijn Zeeman said.

“Van Hooydonck and Laporte are specialists. They come into their own in flat, hectic days. Benoot can do that too, but he goes along as an all-rounder because he can also ride well uphill. But there are even more reasons why we came to these eight. Everyone knows how the Tour de Suisse went.”