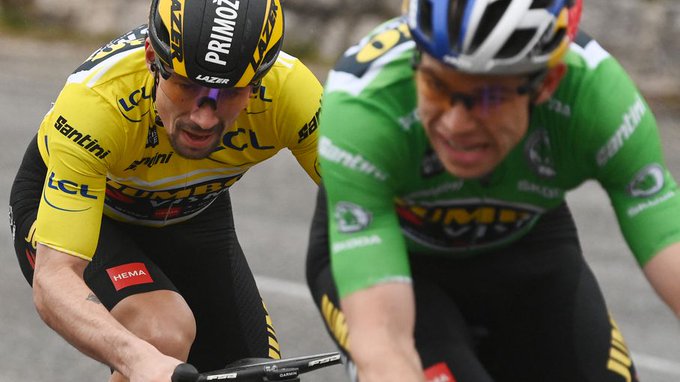 The Slovenian rider had to chase hard as race runner-up and Sunday’s stage winner Simon Yates broke away of the final climb before a 15km daredevil downhill dash into Nice where he won the day on the celebrated Promenade des Anglais.

On Sunday, Roglic was again at risk but was led up the last steep climb by teammate Wout van Aert who shepherded him all the way to the finish line to end the race, 29 seconds ahead of Yates.

Daniel Martinez came third at 2min 37sec after he suffered an unfortunate puncture at the start of the final climb.

For Roglic this was a tenth World Tour stage race triumph, only Chris Froome has more amongst active riders in the peloton with 12.