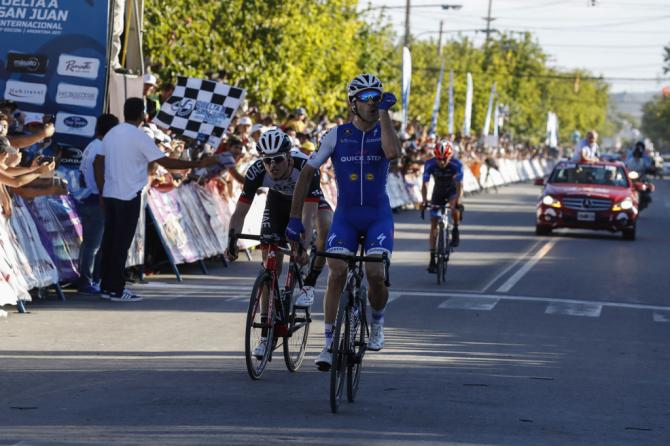 Maximiliano Richeze (Quick-Step Floors) sprinted to victory from breakaway in the sixth stage of the Vuelta a San Juan.

The penultimate stage of the Vuelta a San Juan had initially started as planned despite the intense heat with temperatures reaching 42 degrees celsius, but the organisation changed its mind later on and decided to remove the final part of the route.

Richeze, UAE Abu Dhabi’s Oliviero Troia and German Tivani of Unieuro Trevigiani – Hemus 1896 formed an escape group that temporarily had the Argentinean in virtual first place in the general classification.

Trek-Segafredo worked to reduce the gap and Mollema’s top spot was no longer under threat as the riders entered the finale. Tivani initiated the sprint but it was Richeze to take the win ahead of Troia.