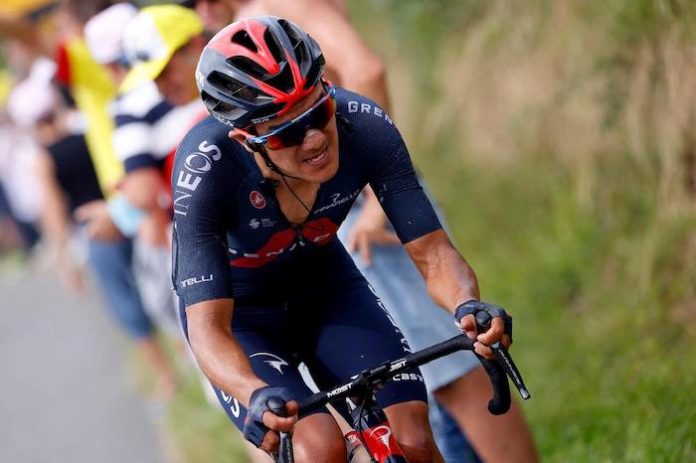 Ineos Grenadiers tried to put some pressure on Tadej Pogacar during the mountain stage to Tignes, but the attempt was not successful and the yellow jersey even gained half a minute.

“Today was a very hard day. Firstly it rained from the start of the day and there was one climb after another, up and down all day,” said Carapaz.

“Pogacar is in a different race to ours now. We’re trying to do our own race in our way.”

“Going for the podium is very important and there’s a lot of time ahead,” said Carapaz. “We’re always trying to be positive because who knows what we can find on the way to Paris.”

“It was a super hard day again today, racing from the start in cold and wet weather”, sports director Gabriel Rasch added. “In the final, the guys had good legs and also, we weren’t super comfortable with O’Connor up the road. We also wanted to test the other GC guys a bit, maybe we could get some gaps to the other GC contenders. In the end I think our plan worked. Today Geraint was much, much better, it was super nice to see him up there again, which is where he belongs.”