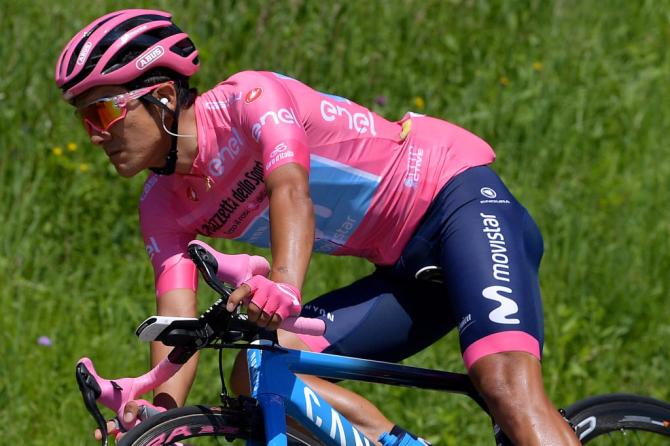 With two stages remaining, Richard Carapaz remains on course to become only the second South American to win the Giro d’Italia but will face challenges from Vincenzo Nibali and Primoz Roglic on Saturday’s 194km stage.

“Landa told me to my face he’s at my service tomorrow,” Carapaz said. “I know they are coming after me, both in the race and out of it. I have confidence in my team.”

“The biggest fear would be a mishap,” he said. “The other things, I am not even thinking about. I’m not letting it enter my head.”

“It’s true that Mikel is going very well these days and he’s showing it. It helps the team and gives us more confidence,”

“Tomorrow will be very complicated. It’s lot of kilometres, and a lot of vertical climbing, so we don’t know if there will be changes in the GC but there will be attacks,” Carapaz said. “With the advantage we have now, we can play with it against our rivals, but we will only think about the time trial when we get to Verona.”

“People are ready to attack. It’s a bunch of sharks out there,” said Movistar sport director Max Sciandri. “It’s not just Nibali who is the ‘shark.’ They’re all sharks right now, more so if they’re smelling blood.”