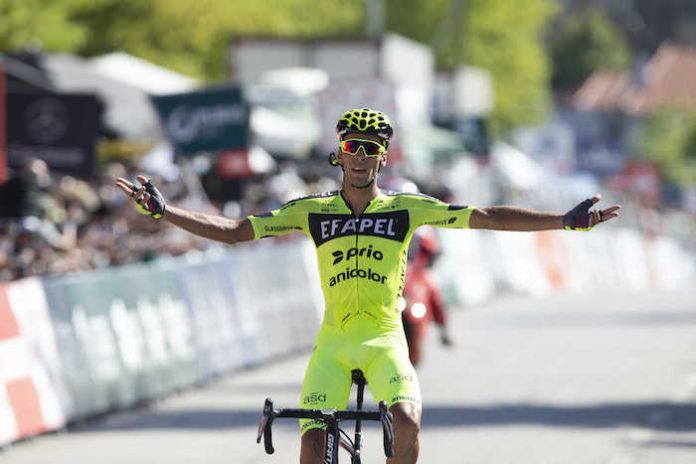 Rafael Reis has won his third stage in the Volta a Portugal in Bragança, as the Efapel rider turned out to be the strongest rider from a sizeable leading group. Reis also takes over the leader’s jersey from Alejandro Marque.

Reis slipped into a large breakaway group of 27 cyclists and attacked with 5 kilometers to go. The Tavira duo Marque and Veloso were powerless in the face of the speed of the breakaway and watched as the Grandissima experienced another turnaround in the general classification.