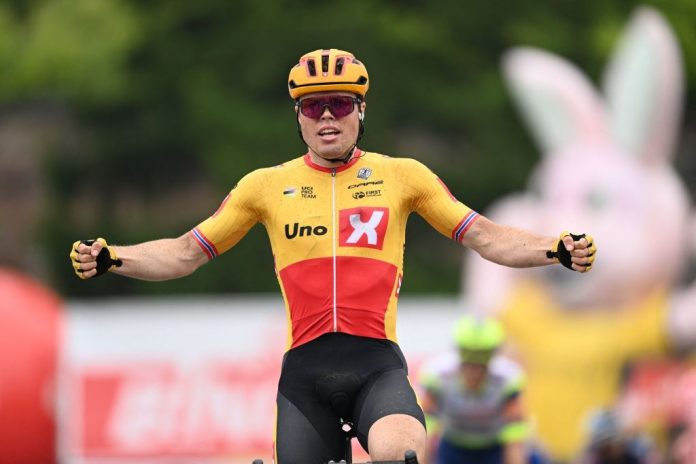 Rasmus Tiller won this on Saturday Dwars door het Hageland after he was part of a strong group of eight which was formed 50 kilometers from the finish.

The Uno-X Pro Cycling Team rider was the strongest in the final climb of the Citadel of Diest. He won with a few bikes lenght ahead of Danny van Poppel (Intermarché-Wanty-Gobert) and Yves Lampaert (Deceuninck-Quick Step).

“I’m an ordinary Norwegian,” said the winner. “I have developed steadily. Many young people break through immediately, but sometimes you need time. I dream of Paris-Roubaix and the Tour of Flanders.”