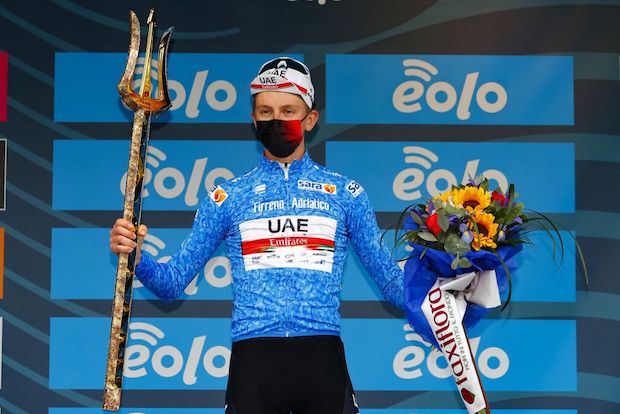 Tadej Pogacar wrapped up overall victory in the Tirreno-Adriatico by holding off Wout van Aert in the final individual time trial on Tuesday.

The Tour de France champion took fourth place on the day, 12 seconds off the pace of stage winner Van Aert who clocked a best time of 11:06 over 10.1km around San Benedetto del Tronto.

Pogacar built his victory by prevailing in the only mountain top finish of the race, then extending his overall lead over Van Aert in Sunday’s fifth stage.

It is Pogacar’s second stage race victory this season after he won the UAE Tour last month.