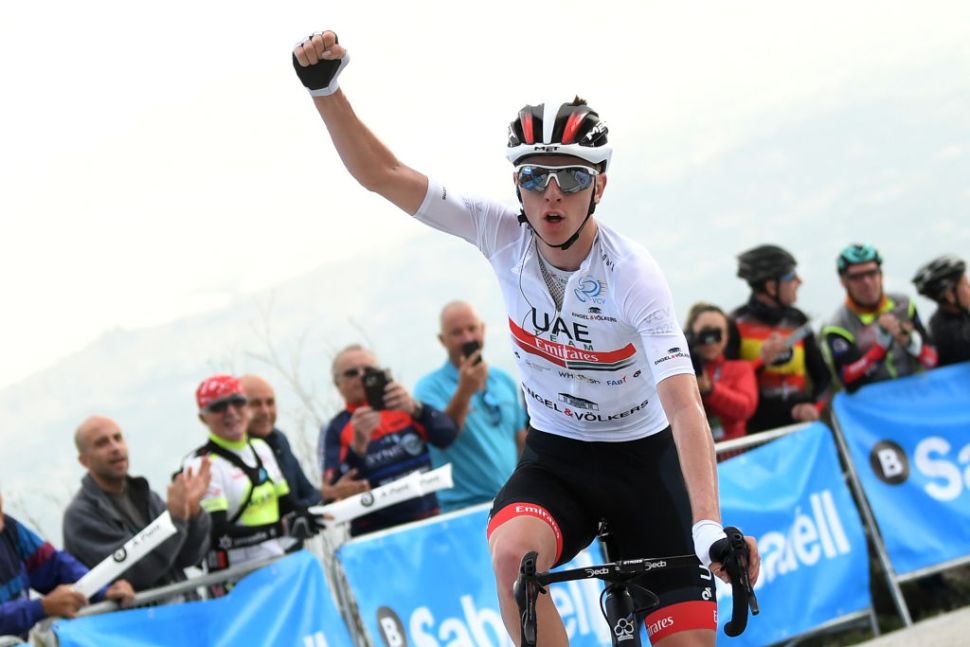 Tadej Pogacar won the fourth stage and retook the overall lead of the Volta a la Comunitat Valenciana after breaking clear of his rivals on the final climb to snatch victory.

The Slovenian attacked half-way up a brutal 5.1 kilometre climb at the end of a 170km run from Calp to Altea. Pogacar caught the lone survivor of a three-man breakaway, Greg Van Avermaet, on a slope where gradients reached 20 per cent.

Wout Poels gave chase but could not close the gap and finished second, at the head of a small knot of pursuers, six seconds back.

Pogacar enters the final stage on Sunday, a largely flat 98km-run from Paterna to Valencia, leading Haig by six seconds.