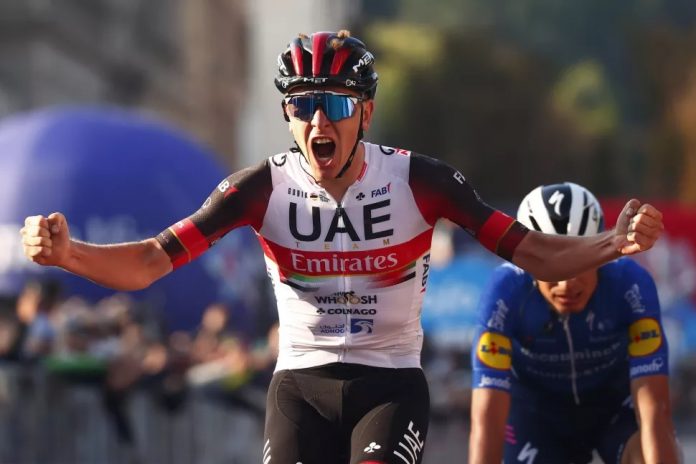 Tadej Pogacar wrapped up a memorable season by becoming the first rider in 42 years to achieve a Tour de France-Lombardia double as the Slovenian claimed victory in the last Monument race of the season on Saturday.

The UAE Team Emirates rider is the first to add the ‘Lombardia” to the Tour in the same year since Bernard Hinault in 1979.

He is also only the fourth man to do so after Fausto Coppi, Eddy Merckx and Hinault, and at only 23 is already making room for himself amongst the greatest in the sport.

Pogacar made his move in the Passo di Ganda, more than 30km from the finish line, and barely looked back, easily beating the Bergamo-born Fausto Masnada in a two-man sprint after the Deceuninck-Quick-Step rider had joined him in the descent.

Vincenzo Nibali was the first to attack among the favourites in the Passo di Ganda but could not make it stick and the Italian was quickly caught and dropped by Pogacar.

The Slovenian opened a 35-second gap before Masnada powered away from the big guns’ group in the descent and flew down to join Pogacar at the bottom.

With his team leader Alaphilippe behind, Masnada refused to collaborate with Pogacar and the duo’s lead first shrank from 45 to 30 seconds before the chasers paid for their lack of organisation.

Masnada’s tactics were however not enough for the 27-year-old to cause Pogacar any problem in the final straight as Yates pipped Roglic to the line for third place, 51 seconds off the pace.

Alaphilippe took sixth place behind Valverde after 239km from Como.