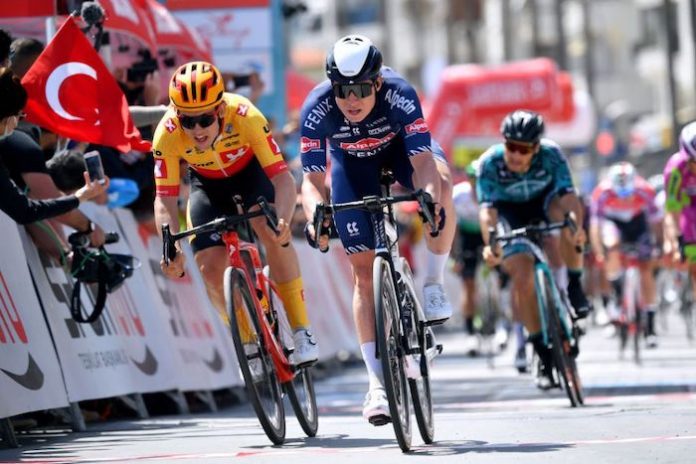 Jasper Philipsen (Alpecin-Fenix) beat Andre Greipel and Kristoffer Halvorsen to win Friday’s sixth stage of the Tour of Turkey in the coastal town of Marmaris.

It was a second top-of-the-podium finish this month for Philipsen, the 23-year-old having savoured his first success in winning the Scheldeprijs ahead of Sam Bennett and Mark Cavendish.

“It was really disappointed with the three second places so I knew the victory was really close. Everything had to fall in a good place with no mistakes in the sprint, so I’m really happy,” Philipsen said.

“We had to change the tactics a little bit. We lost three guys, so I didn’t have a full lead-out train and I had to use the other teams a little bit. In the last five kilometres, my chain fell off my rear derailleur, so it wasn’t on the wheel, so I had to push a lot more watts to keep the speed going.