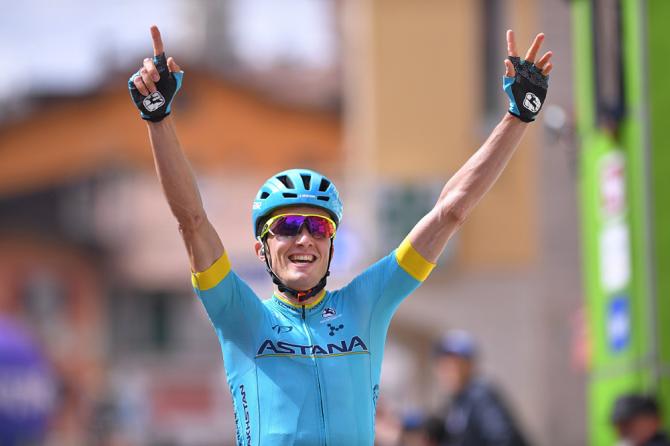 Pello Bilbao (Astana) has won the first stage of the Tour of the Alps after he attacked in the descent of the final climb and held off the chasers.

Thibaut Pinot (FDJ) led in the chase group 10 seconds back, with Chris Froome (Team Sky) fifth in his first race since Tirreno-Adriatico. He is still awaiting a decision in his salbutamol case, and is building up to the Giro d’Italia.

Bilbao noted that former teammate Michele Scarponi won the opening stage of the race last year. “My fifth pro victory has a special taste, right because of this coincidence, coming one year after the final win by ‘Scarpa’,” he said. “Michele always has a place in our hearts. He is a source of inspiration and motivation, and to repeat his feat in this Tour of the Alps debut makes it even more significant. This victory is for him, and his family.”